Before coming to Anago, he received his Bachelor’s degree in business administration from a university in Caracas, Venezuela. After arriving in the United States, he became Operations Manager for Anago of South Florida. Shortly thereafter he was appointed Director of Operations, and in 2002 became Regional Director, overseeing all aspects of the South Florida region for Anago. 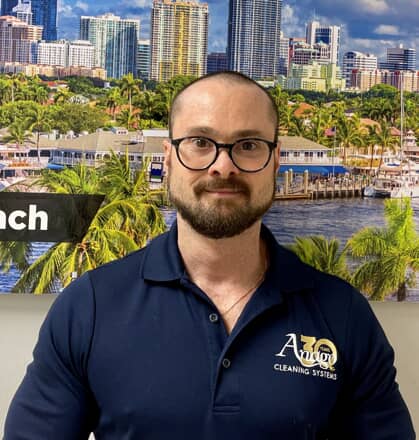 Antonio assists Anago’s Operations Department with onboarding new commercial cleaning accounts, and he oversees all Unit Franchise inquiries received from those looking to start their own janitorial business. He assists all new Unit Franchisees with setting up their Anago Orientation, and ordering equipment.

Antonio ensures that the sales, operations and accounting departments are covered at all times, so that any requests from Anago of South Florida Franchisees or commercial cleaning clients are handled in a timely manner.

Antonio is fluent in English, Spanish and Italian. 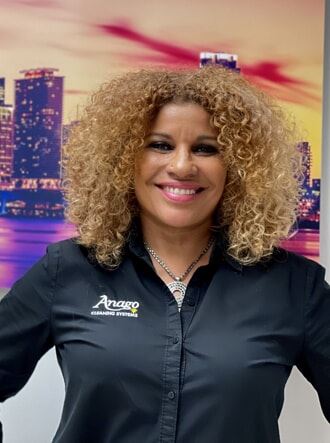 Rosangel has over 25 years of experience in customer service and the franchised commercial cleaning industry. In her current role, she is the liaison between the Clients, the Operations Department and the Franchise Owners. She ensures the lines of communication are kept open between all parties. She also assists the Regional Director in overseeing the office staff.

Rosangel is originally from St. Croix, U.S. Virgin Islands. She is fluent in English and Spanish. 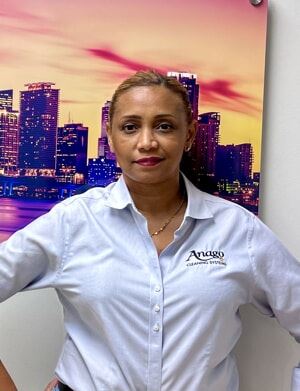 Orly has been with Anago of South Florida since 2016. She served as Assistant Operations Manager, and was then promoted to Director of Brand Standards in 2018. In her current role, she oversees a team of field inspectors who are ensuring the satisfaction of services provided to commercial cleaning customers by Anago Franchisees.

Prior to working at Anago, Orly was an Assistant Store Manager and Registered Pharmacy Technician at a local pharmacy. She is fluent in Spanish and English. 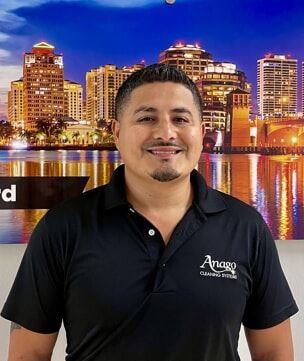 Ariel has been with Anago since 2010. In his over 10 years with the company, he has held various positions including Telemarketer, Director of Marketing, Office Manager and Cleaning Consultant. In his current role, which he has held since 2013, he oversees the South Florida team of Anago’s Cleaning Consultants. He is responsible for hiring, training and mentoring the staff.

Ariel is an alumnus of the New England College of Business and Finance, where he studied Business Administration and Marketing. After graduation, he held various positions including Operations Coordinator, Senior Sales Associate and Trainer at several large companies. He has extensive sales, operations, and contract experience.

Born in Bolivia, Ariel is fluent in English and Spanish.

Ariel Maldonado joined Anago in September of 2010. Since starting with at Anago, Mr. Maldonado has served the company as Telemarketer, Director of Marketing, Office Manager, Cleaning Consultant, and currently Regional Sales Manager. In his current role, Ariel has an unrestricted scope of work, tasked with planning and actualizing a strategic sales plan that expands company's customer base, he is responsible for hiring, coaching, evaluating, and directing a team of Cleaning Consultants in South Florida.

Since 2013, Mr. Maldonado has provided guidance and mentorship on the field, as well as remote technical support to ensure proper computer and mobile device operations so that end users can accomplish organizational tasks.

Prior to starting at Anago, Ariel was a Senior Sales Associate and Trainer at Swift Responce, LLC., from 2008 - 2010. There he aided in the successful launch of the now popular Flex Seal into the national market. He also served as the Operations Coordinator at National Rural Telecommunications Cooperative (NRTC) in Herndon, Virgina from 2006 - 2008. As part of their IPTV Division, Ariel negotiated contracts to successfully remove barriers to rural Telecom companies' introduction of video programing services against other cable and satellite video providers.

Keep your employees, family, and guests safe from COVID-19 with three Enhanced Disinfecting Plans all backed with the Anago Total Satisfaction Guarantee.

All Plans Available as Both Single and Recurring Services

Includes Everything in the BLUE plan AND...

Includes Everything in the ORANGE plan AND...


All plans include EPA Grade disinfectants and Microfiber Technology